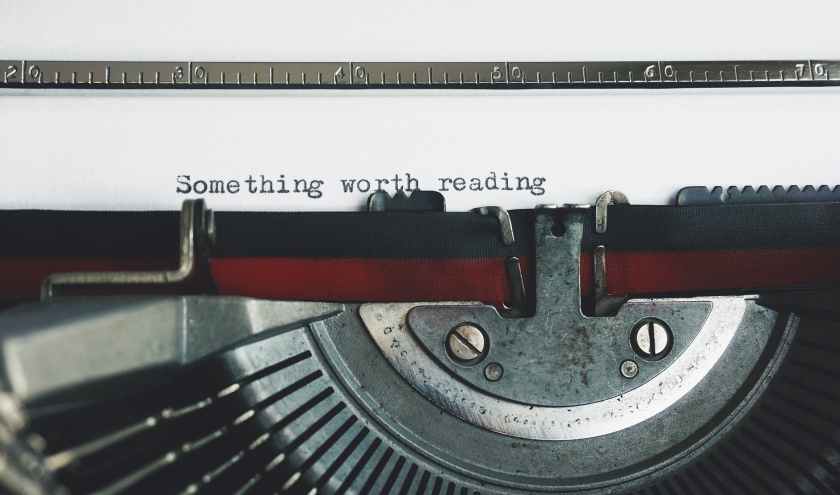 There is a familiar quote in the literary world:

This saying is indeed derived from Benjamin Franklin’s Poor Richard’s Almanack, though the full (and mildly morbid) quotation is as follows:

“If you would not be forgotten as soon as you are dead and rotten, either write things worth reading, or do things worth writing.”

Although the revised version of this saying is often inscribed on notebooks, tee-shirts, and mugs, I’m afraid that the mentality behind it has done as much harm as it has good for those of us with authorial aspirations.

This quote has bothered me for some time. It makes me feel guilty when I choose to stay home to journal rather than hop on a train for a spontaneous and, no doubt, more overtly interesting journey. I can see the wisdom in the idea of “doing something worth writing,” for a writer who never ventures out at all will have an extremely narrow range of experience and insight. And yet, it seems to mistakenly suggest that important and interesting writing is not borne of the everyday and commonplace. This is frankly ridiculous, seeing as the quote itself is taken from an Almanac, a resource which is solidly grounded in quotidian patterns and pursuits. Worst of all, the original saying drags matters of death and legacy into the picture!

No, thank you, Mr. Franklin. I will not and cannot be guilted into great adventures or great writing.

I did not fully realise how much that this quote disturbs me until I finished reading Ursula Le Guin’s selected blog posts, which are compiled in book form as No Time to Spare. Le Guin had an eventful and significant life, though the writings of her old age struck me as remarkably ordinary. The woman who conjured entire universes in her mesmerising and meticulously-crafted science-fiction novels, turned in her later years toward seemingly mundane matters.

I can hardly put down Le Guin’s novels, but her small anecdotes in No Time to Spare are equally interesting—that is, equally worth reading. Indeed, the subtitle for this compilation is “Thinking about what matters.” Le Guin writes intelligently on politics and culture, but is equally insightful on topics such as adopting cats, disposing of Christmas trees, and preparing breakfast. In fact, I read her chapter about the proper soft-boiling of eggs with as much interest as I would a detective novel—perhaps more. I wanted to know exactly how she prepared this dish, why she loved it so much, and with whom she planned to partake of it.

This is, of course, a testament to Le Guin’s sheer genius for writing. As she herself says, there are people in this world who can make even the most uneventful tales enthralling and, unfortunately, others who can render remarkable experiences painfully dull.

There is a beauty in the ordinary. If we as writers are always rushing around trying to do things worth writing about, we will miss these small, commonplace wonders that are equally deserving of our attention. Indeed, our daily lives are perhaps more worthy of such attention, for these—more so than adventures—are what make us into the type of people (and writers) we ultimately become. Similarly, if we are always trying to write something worth reading, we may overlook the small, ordinary things that do, in fact, matter. Writing is both a particular and universal art; writers have the ability to fit entire worlds between the covers of a purse-sized volume, but also to make much of the little things in life.

In No Time to Spare, Le Guin seems to challenge Franklin’s pervasive, pernicious quote. What is worth reading and writing about? Galaxies, journeys, and revolutions, certainly, but also cats, trees, and eggs. What is worth doing? Imagining different worlds, exploring important questions, and creating magnificent narratives, most definitely, but also caring for pets, cultivating traditions, and cooking breakfasts.