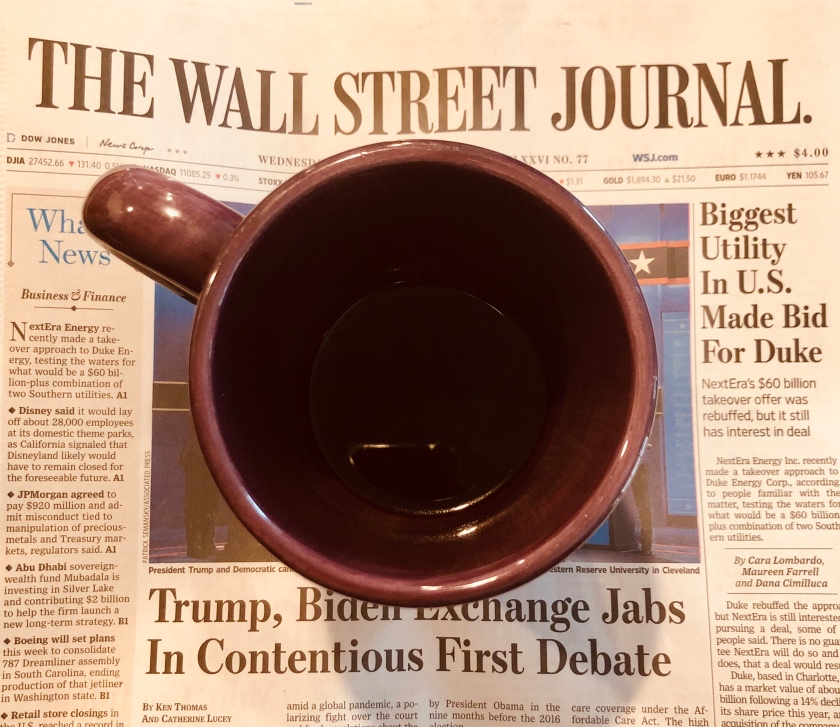 I have been contemplating a phrase from the Book of Common Prayer. Even as I read it silently, I hear this particular prayer sung in the consistent, comforting monotone of an evensong cantor:

“O GOD, from whom all holy desires, all good counsels, and all just works do proceed: Give unto thy servants that peace which the world cannot give; that both our hearts may be set to obey thy commandments, and also that by thee we being defended from the fear of our enemies may pass our time in rest and quietness; through the merits of Jesus Christ our Saviour, Amen.”

These two blessed necessities, rest and quietness, are as difficult to find as toilet paper was back in March of 2020 and more precious than N95 masks were in June. Even in the absence of actual sound, social media resonates with riotous anger and self-righteous proclamations. The angry antiphony of political extremes leaves hardly any space for the calm chanting of choral collects.

During my time in Scotland, the following confession of the Scottish Episcopal liturgy particularly struck me:

Almighty and most merciful Father; We have erred, and strayed from thy ways like lost sheep. We have followed too much the devices and desires of our own hearts. We have offended against thy holy laws…Restore thou them that are penitent; According to thy promises declared unto mankind in Christ Jesus our Lord. And grant, O most merciful Father, for his sake; That we may hereafter live a godly, righteous, and sober life, To the glory of thy holy Name. Amen.

Sobriety extends beyond abstaining from alcohol; it includes abstaining from the intoxication of riotous anger, as well as self-righteous virtue signalling. Sober living relies upon intentional reflection, reorientation, and relationship and it results in greater spiritual rest and quietness. How, though, can we achieve such sobriety in a culture that is—on both ends of the political spectrum—feeding itself on fury? How can we achieve rest and quietness in such a season?

Prayer, of course, is essential; however, I would advise that we begin by praying for our own discernment, compassion, and decisions. Let us examine our own hearts and pray for our own Christ-centred wisdom before all else.

Practically, we must also take intentional steps to pursue the sobriety that we as a society are sorely lacking. In the following month, we are likely to see increased violence in word and deed. Families may be fractured and friendships abruptly ended. I wonder, though, if the following practical steps might safeguard these precious connections and provide at least some rest in a restless nation and situation:

As we move into what promises to be a tumultuous October, let us hold fast to reason and respect, pursuing peace insofar as it depends on us and seeking prayerful and practical ways to achieve “rest and quietness.”