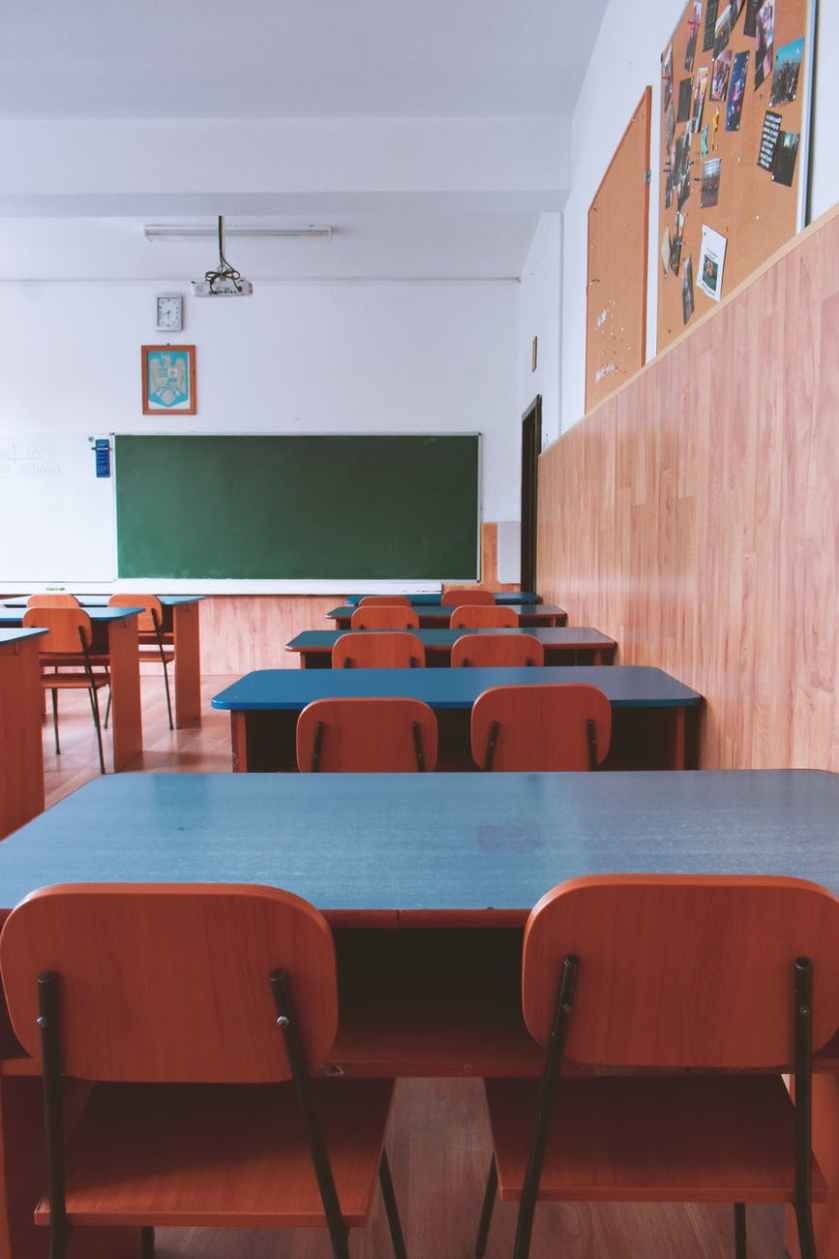 The alarm sounded unexpectedly, but the students filed outside, holding their ears or shouting, unfazed, across the hallways to friends from other classes. They were glad to escape the bland light and chill of the classrooms and to feel the morning sun on their faces for a few minutes. The teachers followed behind, twirling lanyards like lassos and struggling to corral lagging students.

Mrs. Mendall and Mrs. Williams herded their classes out and onto the athletic fields. Mrs. Williams greeted the older teacher with only a tense nod. Her hands were white as they clutched her roll sheet and keys. They rattled in her shaking hands.

“Didn’t know we were having a fire drill today?”

Mrs. Williams shook her head. “It’s just a drill, then? You’re sure?”

“Most likely. Either that or someone overcooked their microwave meal again. Nothing to worry about, in either case. Boys! Knock it off!” Mrs. Mendall moved to separate a group of rowdy students, who were sending each other into hysterics by mouthing forbidden words with each blare of the alarm.

“You were saying?” she returned to Mrs. Williams.

“Nothing, I just—” she glanced over her shoulder at the school, where the alarms continued to scream at nobody in particular. She watched as if she expected billows of smoke to bloom from its roof at any moment, but all was still. Its barrenness was more disconcerting, somehow, but the laughter of children drew her back.

“It’s silly of me, I know,” she said as she began counting her students. “But I could not help worrying about the babies and I was afraid to leave—”

“The what?” Mrs. Mendall looked at Mrs. Williams as if she had been spewing profanities along with the boys.

“Fetuses, subjects, whatever,” she blushed. “I just didn’t feel right leaving without knowing everyone was safe.”

“Well now you know,” said Mrs. Mendall. “And, frankly, I’d be more concerned about getting your students in order than the lab subjects right now.”

Mrs. Williams was visibly abashed, smarting from the dig at her classroom management. She forced a smile. “You’re right, of course. I shouldn’t have been worried. How’s yours doing, by the way?”

“The subject? Fine, thank you.”

“Oh, good. After the first had to be discarded, I was so afraid for this one, but he’s doing so well.”

“Oh, yes! The genitalia are pretty well-developed at this point and the class is so excited. They had a little bet going, you see, on whether it would be a boy or girl. Whoever guessed right would get to have a vote in naming it.”

Mrs. Mendall’s lips disappeared into a disapproving line. From the distance, an all-clear was announced over the intercom.

“So is yours…?” Mrs. Williams attempted, as they guided their students back inside.

With that, she swept her students back inside and said no more, leaving them to do for once more or less as they liked for the remainder of the day. With the same morbid attraction all persons have to pick at scabs that might otherwise heal, the older teacher could not quite keep her eyes from the small, scrunched-up figure in the CM2029, nor could she erase from her memory the inexplicable pang she’d felt when the first alarm sounded and the subject within started in surprise. And, with a sharper pain like the peeling of that oh-so-tempting scab, she could not ignore her sudden, ridiculous impulse to soothe the tiny creature from its first fright.

That hour, for the first time in her professional career, Mrs. Mendall released her students before the bell. They left hesitantly, unsure what had come over their teacher and no doubt wondering what they had done to infuriate her so. They saw her stern face contorted into a passive frown but did not see, when the door shut behind them, her sink down behind her desk like a rag doll.

Once more, Mrs. Mendall reached for the desk drawer, this time removing a small, black-and-white photograph in a simple frame. Why keep it stowed away, only to look at now, in an empty classroom after a fire drill? She held it between forefinger and thumb, away from herself, and looked at it fearfully as if expecting it to shatter beneath her tentative grip. And all at once she broke into a choked sob. She indulged this sudden fit of emotion for only a moment before regaining control of herself. She turned off her tears and slowed her ragged breathing as if she, too, were kept alive by switches and mechanics, and went to check the CM2029.

Another fit interrupted her, this time of coughing. It came from the other side of the incubator and, startled by the unwholesome sound, both Mrs. Mendall and the figure within the CM2029 flinched, sending the photo frame and its contents crashing to the floor.

Still coughing, Bethany tried to answer while also fumbling on the floor for Mrs. Mendall’s dropped picture. Her frail frame shook violently, but she managed to say, through a phlegm-muted voice:

“I’m sorry—” she hacked into a tissue with one hand and scrambled for the frame with the other “—Mrs. Mendall. I just wanted to make sure the—” the largest cough yet reverberated through the room like an earthquake “—he was okay. Fire drills used to scare me, so I wanted—” she took a wheezing breath that seemed sucked the air out of the room and made Mrs. Mendall’s lungs ache “—to make sure he was alright.”

Bethany held the dropped frame and, steadying herself against the nearest desk, squinted at its contents. A figure not unlike the one in the CM2029 glowed silver against a backdrop of black. It was barely a silhouette, but promised such life as to make one marvel.

“Is it yours?” Bethany asked in a whisper.

“He was,” said the teacher.

Bethany nodded. The room was quiet now and more eerie in its silence than it had been amidst the echoes of sobbing and coughing—more like a tomb. The girl took another shuddering breath and rose. She trailed her fingers across the glass of the incubator and watched the pudgy creature within stir as if sensing her presence. It turned toward the warmth of her weak gaze. She handed the photo back to her teacher and shouldered a backpack that dwarfed her in size and heft. Her hand already on the doorknob, she turned back to look at her teacher with the same soft expression she saved for the subject in the CM2029.

“Yes, Bethany?” The teacher looked up from where she knelt on the unforgiving linoleum to the wisp of the girl outlined in the doorway.