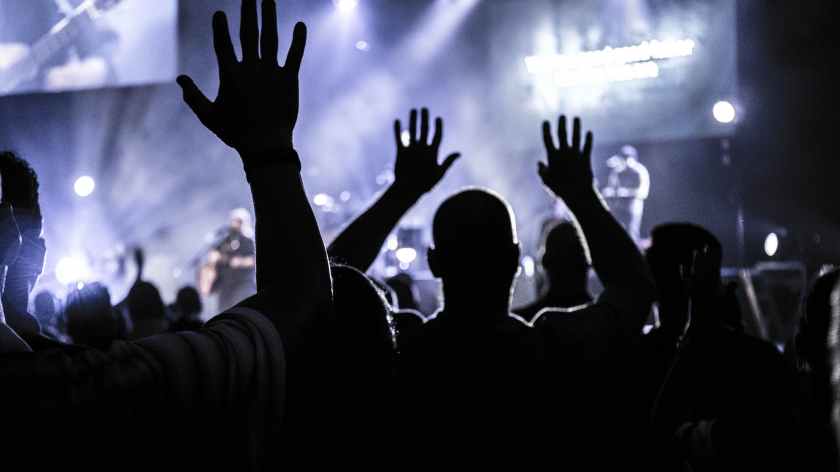 During my time in the United Kingdom, I discovered that a large number of church musicians are not professing Christians. It was, perhaps, naive of me to assume otherwise, but I was shocked to find that many students at my university participated in church choirs while openly denying orthodox doctrine. I simply cannot imagine coming week after week to recite litanies I do not understand and sing songs I do not believe, regardless of the financial compensation. Such a disconnect between spiritual praxis and musical practice would eventually force me to abandon one or the other. When I returned to the United States, I found that my eyes had been opened. I saw churches hiring non-believing musicians to lead worship because musical prowess was prioritized over spiritual maturity. Indeed, such worship is often mistaken for spirituality because the perfect pitch of a professional is more emotionally manipulative than the amateur strains of a believer trying her best.

In Day of the Wolf, a book dedicated to exposing false teachers and patterns of spiritual abuse, Coleman Luck writes that talented musicians are often adored by church leadership and congregations, but that this “idolizing of creatively talented people is straight out of the world system” (169). He adds that many churches are discovering that the musicians they have hired may not actually know Jesus and this is ultimately dangerous to this individual and to the congregation:

When creative people are lifted up with no concern for their spiritual maturity and with no accountability, you can be sure that wolves are waiting to exploit them. When we look only at a person’s apparent ‘gifts’, we help destroy him. Often we help to turn him into a wolf.

As a musician, I have tried to ignore this trend. I have worked and worshipped in churches that, although they make great music in the world’s eyes, have had to reach beyond the faith to do so. It seems that worship directors are so accustomed to doing this that it is not even questioned and, yet, this is a terrible disservice to the body of Christ. In looking to the world for worship leadership, churches are unwittingly exchanging “instruments of righteousness” for the instrumentalists of the world.

When I interviewed at my church back in Scottsdale, I was surprised and impressed when they asked about my testimony. This church knew the significance of song, recognizing that the person behind the organ or before the choir is a spiritual leader on par with preachers. Although not directly teaching the Word, music ministers have a more subtle theological power; while most Christians are sharp enough to discern a heretical sermon, very few scrutinize the compositions used to frame this sermon. The music we continually consume plays upon our hearts in a persistent and pervasive way that can do far more damage than a single bad sermon. In worship, however, decisions are often permitted that would never be allowed in the pulpit. No pastor worth his salt would invite a non-Christian to preach alongside him, but worship leaders frequently hire non-believing musicians to accentuate their performances. Once, a church I attended decided to include a chamber ensemble in its Christmas services. As a former violinist, I enjoyed this from a purely aesthetic perspective. It strikes me, though, that in hiring beyond the church, string players within the church were robbed of an opportunity to use their gifts to glorify God. They might not have been as polished as the professionals, but their hearts would be more attuned to sing God’s grace. It is tragic that churches feel they must choose between aesthetics and authenticity, but as this is often the case, faithful decisions must be made. I believe, though, that music directors may be surprised at the talent buried within their congregation, if only they are willing to invest in it.

I do not write this without empathy for my fellow creatives. Finding work is difficult. More and more, the primary place of employment for a non-concert musician is churches. Organists with no saving faith find financial salvation in the arms of traditional worship and singers who did not make it in the pop industry find audiences in pews. Intentionally or not, music directors are raising up goats to lead their sheep and the Church has become a sanctuary for unemployed musicians. In seeking performative excellence, though, the Church is spreading its most vulnerable parts before secular society, allowing non-believers (or immature believers) to direct the affections and postures of its worship. There is a reason we see so many “Christian” musicians falling from their elevated positions; they are so often driven to pursue musicianship instead of maturity when, ideally, these ought to go hand-in-hand. As a professor of mine once stated, “The world does not need more Christian musicians, but more passionate Christian musicians.” If you’ve read this blog at all, you know that this is my heart’s desire: a revival of Christian creativity and conviction. While we should value musical excellence, we cannot prioritize it over discernment and devoutness. Like a well-balanced chord, we should pursue both maturity and musicianship but always remember which is the root and which is the inversion.