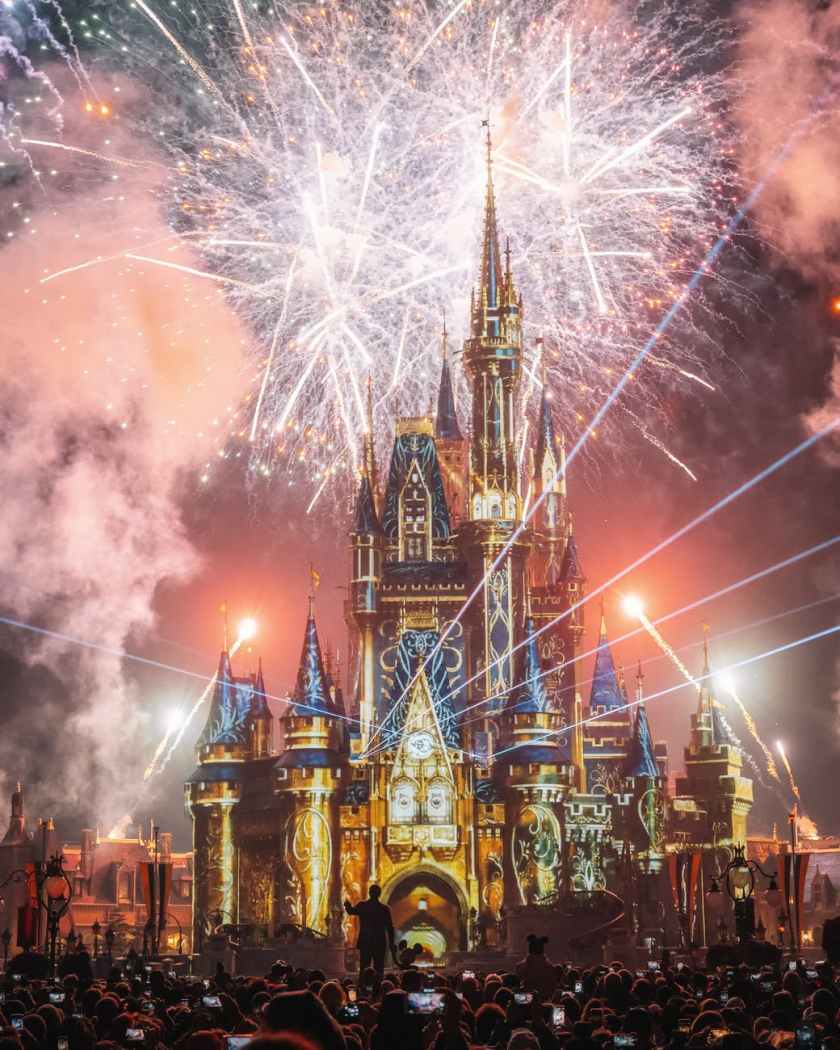 My university was situated within a short drive of Disneyland, a major selling point for many of us. I remember fellow students who were constantly complaining about tuition, but continued to spend massive amounts of time and money on Disney passes and products.

Now, I enjoy Disneyland. Occasionally—because I am a musician and am sometimes tipped in tickets rather than cash—I would be given day-passes to the park, and my roommate and I went on several excursions that were made all the more enjoyable for their rarity. Disneyland is fun, and that’s probably the most obvious statement I have ever typed.

In other news, grass is green and water is wet.

Disneyland is fun because it is formulated. It is perfectly engineered to entertain at all times, to stimulate and simulate all at once because, ultimately, that’s what Disneyland is: a simulation. There is nothing innately wrong with this fact except when we forget it. The fantasy of Disneyland is fabricated so that it is comfortable, predictable, and profitable. In reality, the most wonderful adventures are often the opposite, as far removed from the controlled environment of Disneyland as the streets of Paris are from Epcot and the slopes of the Himalayas from the mechanical Matterhorn.

Certainly, Disneyland as entertainment can be a gift, a source of childlike delight. What worried me throughout college, however, was that it instead became a place of childish avoidance. The Peter Pan ride represented, beyond simple amusement, a refusal to grow up. As tuition prices, course exams, and the adult world loomed, rather than girding up their loins and facing these challenges head on, many of my peers fled to the safety of Disneyland, where nothing real was required of them. While we ought naught forget our childlike wonder—after all, Christ himself calls us to be like children—we must never forget there is a difference between childlikeness and childishness; one is faithful, the other is foolish. This escapism would be concerning no matter the university, but at a Christian institution it was terrifying; as we learned to desire God, what were we really pursuing?

Why am I launching into a diatribe against Disneyland? Really, I’m not. Aside from the time my parents took me on Mr. Toad’s Wild Ride when I was only six, I have fond memories of the place. (Did you know that Mr. Toad crashes his car and ends up in hell? “Happiest Place on Earth,” yeah right…) Indeed, I would not ordinarily write anything against Disneyland because it is dangerous to mess with the cult of the Mouse, but I see its implicit ideologies not only affecting young adults but, more concerning still, colonizing where it has no right: the Church.

Not long ago, I read a ministry job description, the main duty of which was described as “overseeing the Sunday experience.” As a writer, I am hyper-sensitive to how words and phrases are used, and “the Sunday experience” did not sit well with me at all. It reminded me not of authentic and faithful life as the body of Christ but of the ease and entertainment of Disneyland. It felt about as fruitful as the Buzz Lightyear ride, where we can step onto a conveyor belt and pass through a cosmos of two-dimensional creatures. Sure, we can take a shot at the bad guys, but, really, it doesn’t matter what you do. The experience is crafted for your comfort.

Perhaps the phrase “the Sunday experience” is not really as loaded as all this, but it did lead me to scrutinize the services at the large evangelical churches. As I did so, I began to think that maybe my initial association with Disneyland was not as off-base as it sounds. Upon arriving at Disneyland, a ticket-taker greets us with a smile but immediately forgets our names. Then, we enter the gates into a realm of brilliant lights and artificial climates. We ride along tracks with dozens of other people who, for a fleeting moment, are part of our journey. We exit each ride through a gift shop designed to instill a desire for belonging via branding…

None of these strategies are wrong for Disneyland to use. It isn’t a sin for them to pump the scent of churros into the air to create a craving for cinnamon-y goodness, but it does give me pause when I see the same tools of escapism and consumerism used in and by the Church. It leads me to question: Why are evangelical sanctuaries increasingly more akin to cinemas than cathedrals? Why are the lights so flashy they require epilepsy warnings? The fog machines pumping away regardless of asthmatics? The speakers so loud they require earplugs? Why are merchandise carts with trendy branding placed right at the exits? Are we in danger of allowing the contemporary church feel like an “experience” rather than a way of life? Is this possible because, more and more, we as contemporary Christians desire experience as our way of life, just as so many prefer Disneyland to reality?

I worry about churches priorizing experience over engagement. Disneyland has the right to do so because entertainment is its sole purpose. But the Church? Why are we as the Church trying so hard to imitate the world when we ought to be influencing it? The Church does not exist to provide an “experience,” and certainly not an experience limited to Sundays. The Church is a living, active entity that must be about preaching over production, worship over wonderlands, and fellowship over fantasy.

Before I moved to the midwest, I heard someone call midwest churches “hokey.” More and more, I am convinced that what some see as “hokey” may just be humility, and that the Church as a whole needs a lot more of it. Perhaps it is time for us return to simplicity—to reality—and to leave the pursuit of “experience” to theme parks and Hollywood. They do it best anyway. Besides, it is a divine miracle we are after, not Disney magic—the true miracle of being adopted and made into the likeness of Christ, who was in the world but not of it.