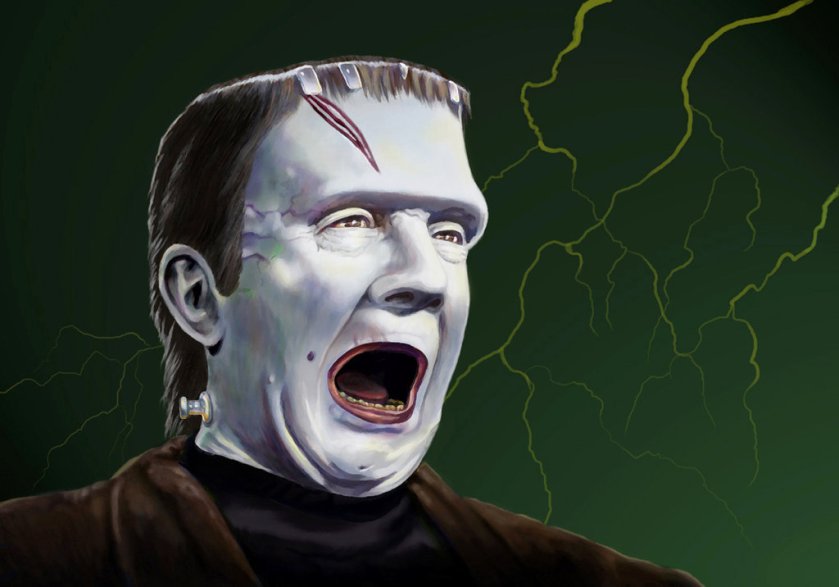 It’s over. It is finished. No, wait… one more annotation. Now. Now it is finished. But it isn’t! Arghhh!!!
I know it is considered bad writing to use numerous exclamation marks, but I suffer from a fever that only excessive use of them can cure! (See, that sentence did not even need one, but my current state of excitement made me put it there despite the protests of my inner editor! Ahh! Another! And another!)

Okay… I am calm again. I suppose I should explain the cause of my outburst, but to do that, I will have to diagnose and define an illness particular to bookworms like myself: Literary Madness.

This disease features symptoms such as screaming in shock, questioning the meaning of humanity and existence in general, spontaneous bouts of crying, irrational anger towards fictional characters, and the inability to stop annotating or quoting. Attacks of Literary Madness are triggered by in-depth reading and analyzing of any piece of writing that leads to an unnaturally high level of emotion and thought. These attacks come generally without warning and can last for as little as three seconds or as long as weeks. There is, as of yet, no definite cure, for like writer’s block and writer’s despair, Literary Madness is brushed aside as a pseudo-disease by medical professionals. (However, my elevated heart rate and pounding headache indicate that it is more serious than they believe! <- snap, there’s another exclamation mark…deep breaths, Ryanne…) However, for any unfortunate reader who falls victim to an attack of L.M., it has been found that symptoms may be eased by taking a solitary walk, lying on the floor and staring at the ceiling fan, watching paranormal documentaries on Netflix (or British dramas, if those are not your cup of tea), and perusing satirical memes on Pinterest.

Okay, now that we’ve established what Literary Madness is, I believe that it is obvious that I am suffering from a severe case of it. Granted, my entire life seems to be one continuous attack of L.M., but right now it has peaked and I am displaying nearly every symptom. (I have not yet screamed aloud, mostly because my family has company…) What has brought on this attack? The answer is one word, one book, and a multitude of implications, thoughts, questions, and emotions: Frankenstein.

I realize that I called this book an “Intellectual” in my last post, and while my label remains unchanged, I have found a morbid pleasure in rereading it, unveiling allusions I previously missed, tackling questions I had scribbled in its margins, and wondering about its connections to the author, to me, to humanity. Do you see now why my mind was in such a whirl? I am by no means calling Frankenstein the epitome of literary greatness, but it raised so many questions about what it means to be human, what defines good and evil, and what mankind’s position in the universe is, how can I help my mind from dancing and pondering every possible implication of its words? How can I help using exclamation points?!?!

If you’ve survived my rant to this point, I offer my sincerest thanks. Not many people can handle an attack of Literary Madness themselves, let alone that of another person. If you’ve continued reading to this point, I offer my sincerest apologies, for you too probably are afflicted with this disease. If you don’t believe me, try reading Frankenstein; I can guarantee you will, in one way or another, have your first attack of Literary Madness.